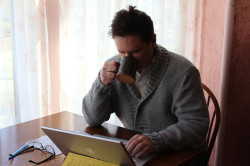 I have to stay home to write.